A Rural Life Experience at Ulavapadu 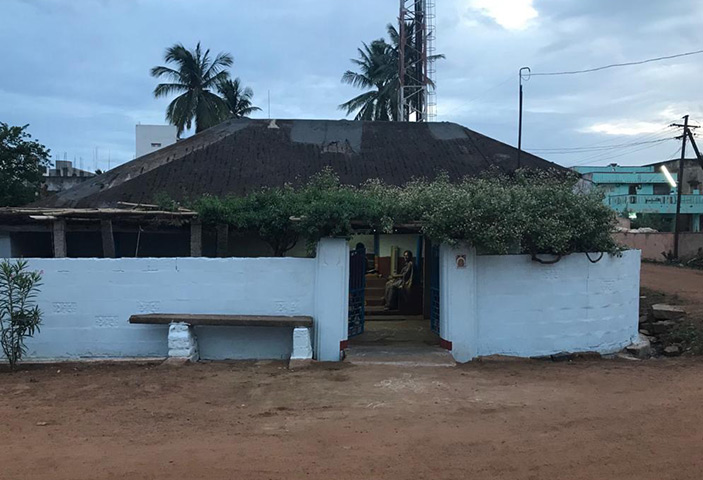 My wife’s native village is a small place called Ulavapadu in Prakasam District of Andhra Pradesh. Although her side of the family has moved to Hyderabad a long time ago, her grandmother from her father’s side still lives there. During the last Sankranthi, I had the opportunity to visit the village and spend a few days there. This is the house that I was staying in. It is over a hundred years old and no one knows exactly when the first brick was laid.

Being from a company that co-creates eco-habitats, I have naturally wondered what my water footprint was during my stay here compared to the city. In the city, I (and most of us) typically use about 200 litres of water a day. These can be broken down very roughly as follows:

This is less than 50% of my water usage in the city.

The biggest difference is actually coming from the amount of water I have used for taking a bath. With each bathroom in my city house having a separate geyser with a showerhead, I would easily consume around 75 litres of water per day for bathing. But in Ulavapadu, the water had to be heated in a water pot over burning wood and coals.

It would take at least 30 min for each pot of hot water to heat up. I had to make my small adjustment to use one bucket of water for each bath. At first, I did feel devoid of the pleasure of not having more hot water, but in just a couple of days, I was comfortable with it.

Another lifestyle shock was the non-existence of air conditioning. This naturally meant that I was sweating profusely for a few days but then my body got accustomed to it. The last 3 days, I had hardly felt uncomfortable during the night. A fan and a tumbler of water were more than sufficient for a peaceful night's sleep.

There was no TV in the house. So early morning breakfast was sitting on the Arugu (dias) outside the main door and eating while talking to the family looking at this while my grandmother was making fresh chemical-free kumkum in the hall as my wife has an allergy to store-bought Kumkum.

Evenings were just strolling around the village and meeting neighbours and well-wishers. This is one of the places in the village that I like the most. It is a small parcel of land with a lot of banyan trees and swings for children in the village to play.

Have you ever seen a Banyan tree as majestic and as old as this in the city? I have tried to clutch on to one of the hanging roots to swing myself but was unsuccessful. Maybe the next time I go there, I will latch on to it for more than 10 seconds.

After coming back home, I have realized why we are so deeply connected to our rural roots. I have felt that it is a more guilt-free lifestyle where life is simpler and life is slow. It just keeps calling me back.

‍
Interested to be a part of a Rurban community? Let’s connect...