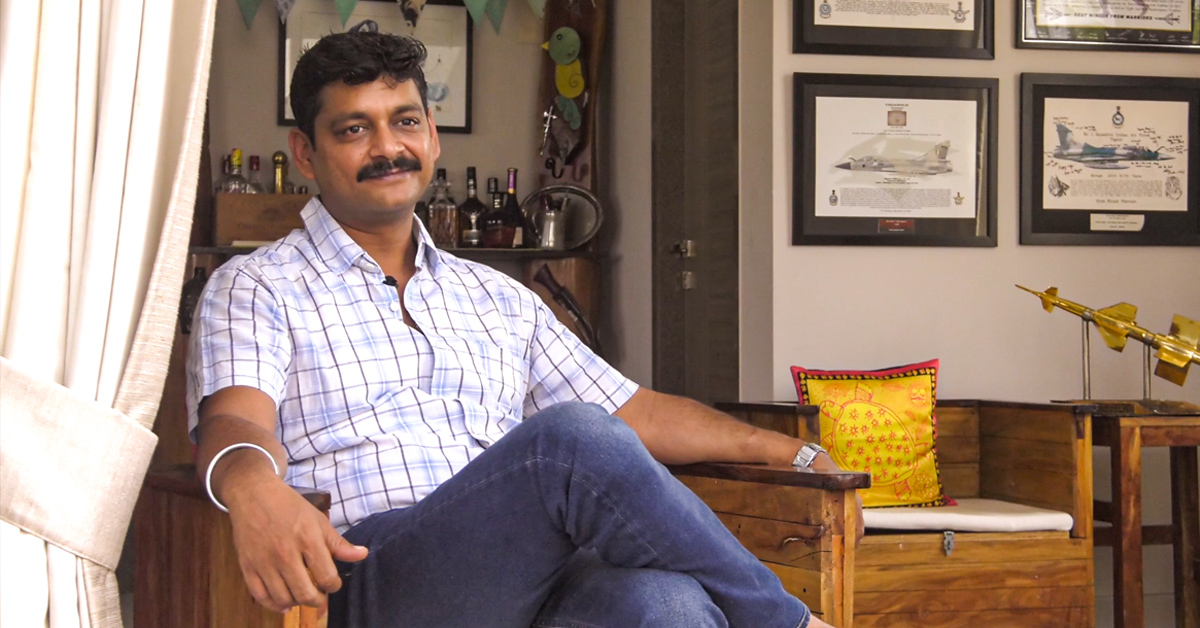 Initially, we were a bit apprehensive about moving to Hyderabad and to Organo, since I have always lived in cantonments, coming from a complete fauji background. But after we moved into Organo Naandi, we settled in quite effortlessly.

It was hardly an adjustment, even though it was a completely new set up for us, a new language and culture, which was completely different from the typical cantonment. However, the transition was seamless. When we moved to Hyderabad, we lived at a rather upmarket housing complex where we were adjusting with pretty much everything. But at Naandi, the people, the environment,the lifestyle; everything seemed in sync.

It is a complete joy living in the midst of nature. We hardly mind the little creatures around. It is all a part of living alongside nature.

Although a bit far removed from the city, distance is hardly a problem. Being a commercial pilot, my workplace is the airport and that is not too far from here. In fact, we do not miss the city at all. When we hit the outer ring road to return home, it is actually a relief!

It feels like we are living in a resort. The pristine pollution-free environs here are indeed a rarity, a privilege. I am certain, living here has added years to our lives.

Looking for a Rurban community to live a sustainable life? Let’s connect...