“Safe and Witnessed” is the new Organic - Raghuram Vemula 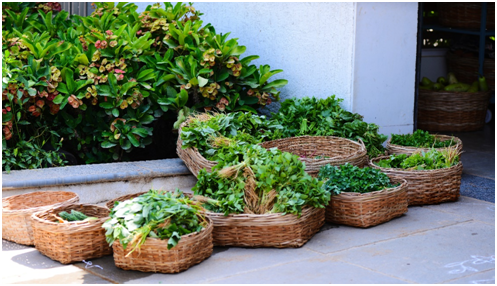 Organic food has been a rage for health-conscious consumers over the past decade. But one question that lingers in everyone who looks to buy “Organic” food products is "What is Organic?” and “How does it differ from similar products that are not Labelled as such”.

To try and answer the above questions and to understand the nature of the ecosystem surrounding Organic Food one must delve into the developments that have taken place in the Indian Farming sector over the past 60 odd years.

In the 1960s, India was suffering from massive food shortage and consequently there were a lot of hunger deaths. To assuage the situation and to make the country self-sufficient in terms of food supply the government invited many foreign agriculture expertsand implemented methods suggested by them. Soon, various states in India were identified for growing the staples such as wheat, rice, and pulses. The “new "way of farming which focused on improved productivity per acre and harvest size required the farmers to use chemical fertilizers, resort to mono-cropping(growing only one kind of crop). Over the next three decades, this ensured that food production increased drastically. But it also meant that farmers became dependent on these methods and it became generally accepted in the farming community that using chemical fertilizers, insecticides and pesticides is the norm to grow food.

After 60 years of Green revolution and the associated practices it brought, most of the main stream farmers and allied support systems actively use chemicals for growing food crops. This has led to most of the land becoming contaminated with chemical waste which has reached poisonous levels.

A key aspect which is somehow missed out in any discourse is the fact that before the green revolution in India, most of the farmers were using traditional methods of cultivation to grow food (including vegetables) and fight/ handle pest and insect infestation. Most of this knowledge which was usually passed down the generations through oral means, saw a near total extinction only to be revived again with the onset of awareness about the benefits of eating Organic food. But the number of farmers “actually” growing food using non-chemical based and traditional methods is very less.

It is interesting to note that the availability of food products labelled as Organic has increased quite significantly in the last 5 years whereas commensurate increase in the actual acreage on which such food is to be produced is not observed. So, the question arises, is all the food labelled Organic actually Organic?

Even though one has the “ability” to pay for accessing Organic food, the availability and most importantly traceability of the produce has become a challenge. It is very difficult to ascertain whether a food product which is labelled as Organic is really Organic. One can say any product which has Organic certification from a recognized body/ institution can bethought of as Organic. However, the elephant in the room is that there are multiple Organizations/ institutions which provide Organic certification, each with varied definitions of what it means to be Organic when it comes to the items they certify.

Dawn of a new Paradigm:

Hence, there needs to be a paradigm shift in terms of how we access and consume food. To answer this question, slowly but steadily the concept of safe and witnessed food is gaining momentum. This concept envisages a direct relationship between the producers and consumers of food. It strives to operate at a new level which is above the certification business. The Organic Certification agencies use methods which levy penalty for violations and are in most cases unable to ensure that the food they certify is actually produced using the methods they envisaged due to sheer lack of ability to monitor every field which they certify. The concept of safe and witnessed food bridges this gap through direct interaction and bonding between the producer and farmer and thereby enabling access and availability to the consumers and producers. The consumers regularly communicate with and understand the producer (farmer) and the price discovery takes place in an Organic manner such that both the parties get the best out of the relationship. It can be safely said that witnessed food is the new “Organic food”.