What’s all the fuss about renewable energy 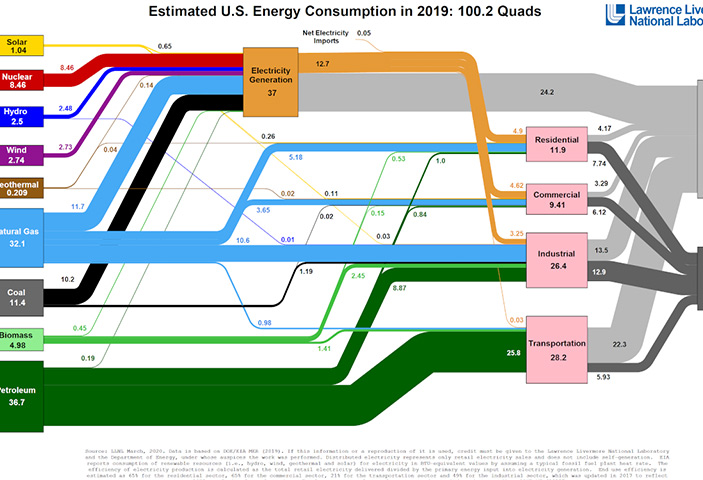 Only 33% of the energy that goes into power plants – coal, hydro, geothermal, etc.is converted to a useful form of electricity that is supplied to homes. This means 2/3rd of the entire energy is either lost in the power plants or in transmission. This is in the U.S. In India, I am guessing the statistic is at least as bad and most probably much worse.

All this energy is converted mostly into heat dissipated into the environment and partly as sound, light, etc. It might seem that 2 units of energy loss for every useful unit of energy that is consumed at your home seem like a ridiculously low-efficiency rate. It is. But our options are limited.

Thinking about this in another way, every unit that you save in your home is equivalent to saving 3 units of energy that need not be converted to electricity and thus saved at the power plant level.

This is a picture of the night sky released by NASA.

This is India at night.

These images put into perspective, our enormous dependence on energy even when asleep.

Typically, thermal power plants are 40% efficient. And transmission losses can account for as much as 30% in losses in some networks and is typically around 15%-20% on average (it is very difficult to assess exact energy statistics in India). Therefore, on average, 50% of the energy in coal is lost in either production or transmission. Every unit that you save at home accounts for 2 to 3 units worth of coal not being consumed at the source.

Now, look at the beautiful image below released by NASA. It is how the Earth looks like at night.

In all this rush for energy demand, how can an individual put in the effort to live responsibly?

Installing energy-efficient appliances and LED lights, while necessary, may not be enough. Every little bit helps, but do we have time for little?

After all these losses the quality of power that comes into our homes is below average:

This means that power quality is sub-optimal in most cities in India. This means we are losing out on the efficiency of power plants as well as power quality.

One way around this would be to produce power within the community by renewable energy sources such as solar photovoltaic and bio-gas.

There are challenges associated with native power production such as reliability of biogas or solar energy, capital expenditure, etc. But these problems are, I believe, easier to solve at a small scale and there are systems and policies in place to promote such practices.