Why should we protect our soils? 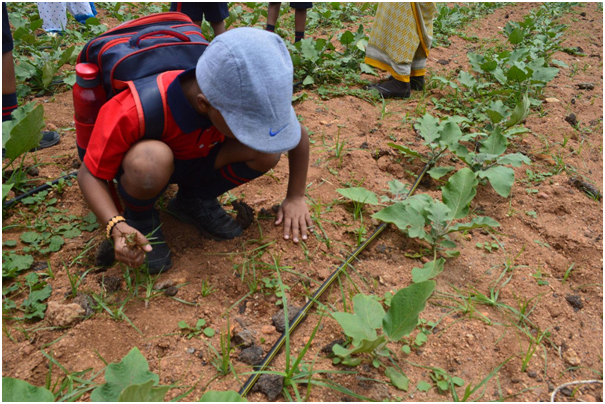 There is a world that we are oblivious to most of the time, where more life thrives than anywhere else on the planet. In this world, there are places that are toxic for life to survive, and places that are just right with the right amount of oxygen and nutrients. There are places which are dry all year and places which are wet forever. And all these different environments can be found next to each other in a handful of soil. Soil is an ecosystem that supports a large diversity of life. It is the substrate on which most life on earth thrives.

Soils not only help give physical and nutritional support to trees but are also great regulators of water supply and quality. Without adequate soils, rainwater would not be purified and flash floods would regularly occur.

Rain falling on soil takes days and sometimes months and years to percolate down into the bottom layers. This process slowly eliminates any contaminants that may be in the water before it reaches the rock table and travels into rivers.

Soils are the best recyclers of materials in nature. Life thrives in it and life dies in it. Without the soil's ability to turn organic waste and dead matter into nutrients, it is hard to imagine any sustaining on Earth.

The top soil is generally covered by leaves and other organic matter that is at various stages of decomposition. This is where most of the nutrients are available for the plants. Below the top-soil, the subsoil acts as a medium to hold water, hold nutrients, and give support to plants.

Soils come with many flavors

The nature of soil is influenced by minerals, air, sand, silt and clay. Different soils are formed with varying proportions of the above materials. The type of crop that can grow depends a great amount on the type of soil that is present.

More than a quarter of all living things use soil as their natural habitat. Most of our dependence for food is also on soil. Soils are reusable over lifetimes of animal populations. They are also renewable as more rock is weathered and sediments and organic matter are deposited and decomposed. But they are not renewable as, say, solar power. It takes centuries for soil to form and quality to improve. This is largely brought about by the micro-organisms and insects and other creatures living in the soil.

The organisms in the soil don’t just help plants get nutrients. It has been found that plant communication happens largely via their root systems with the help of fungi. In some cases, scientists have found that bigger trees share nutrients and carbon with smaller trees during the time of crisis using these fungi colonies via the root systems.

The fungi that form colonies on the root system can carbohydrates from the plant and the plants in turn get nutrients such as nitrogen and phosphorus from the fungi. Not just that, it has been observed that the immune system of plants is also increased because of the plant releasing chemicals when fungus colonizes the roots.

With the soil being so vitally important for the wellbeing of humans and animals, it is time we realize the impact our existence has on the degradation of soil. If there is any way that life can be led without degrading the soil quality, it must be the way to live. Otherwise, this immense resource of nutrition will abandon us and we will have a severe problem on our hands to deal.

‍Want to be close to nature and live more connected with the soil? Let's talk…