Being a catalyst for sustainable development 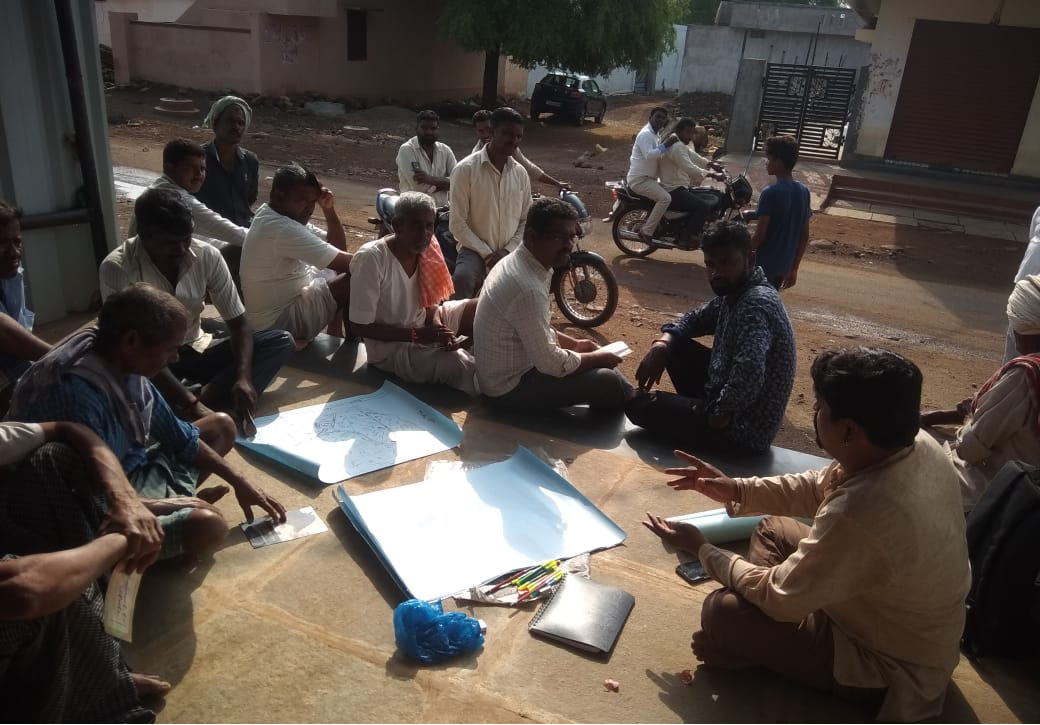 Organo communities out forward a way of living where life moves on a slow-track amidst the flora and fauna, like-minded people, neighbouring villages and more. Hence it is important for the community to be responsible, inclusive and caring towards others and the surroundings.

Organo Naandi is surrounded by neighbouring villages, Yenkapally, Bakaram, and NagireddiGudem. Before the establishment of Organo Naandi,the villagers were primarily dependent on rainfed Agriculture with few farmers having borewell irrigated lands. A sizable number of people were working as agriculture labour in the nearby fields.The decade preceding Naandi’s establishment saw a considerable number of people below the age of 50 years migrate to the city or commute to work daily in search of different livelihoods, leaving the elderly at home in the Villages. Due to this, the older generation took up the mantle of farming and some gave in to the allure of urbanization by converting their farms into rental cricket grounds.

Some of the key reskilling stories can be found in the MEP area where people from the villages have been trained to handle the complex mechanical and plumbing systems. Naandi being a community of Natural Farmers, imparted the knowledge and best practices of organic farming and helped convert 92 farmers from the nearby villages into Organic Farmers. This was achieved through extensive training and hand holding support in terms of agricultural inputs, creating marketing linkages etc. To augment the Organic Agriculture and increase the income sources, Naandian's helped the local farmers procure A2 Breed Gir cows by providing loans at nominal rates. The result was that the lands became fertile with the addition of dung and manure mixed with cow excreta and increased the income of farmers through the sale of A2 milk to customers in the city.

Natural ways of farming and food production for consumption are among the Organo’s core beliefs. Since the beginning stage, Organo built a believer network of farmers, more than 95 people, around the villages of Organo Naandi, who opted for natural farming over chemical farming.

Through the inception of FPO (Farmer Producer Organizations), Organo successfully attempted to build a bridge between the urban consumers who reside beyond the Organo Eco-Habitat and the farmer, thus giving a firm hope of sustainability for the farmer brothers and sisters. Apart from delivering the farm-fresh produce to communities in the city, Organo propagated the ‘Witnessed Food’ culture. Through a unique blend of Agriculture and Entertainment - Agritainment, where farmer hosts a day-long experience to the urban groups.

Agritainment connects two groups - Rural and Urban on a Rurban context, where life goes on an absolute slowtrack. With urbanites indulging in farming along with their farmer host, they got to experience the rural cuisine cooked at his farm, participate in the rural games, rest under trees. In short, Live the life of a farmer for a day.Through Agritainment programs hosted by Organo, while the farmer finds an additional income source, but that’snot all - the emotional connection between the farmer and the urban consumer is built.

Organo strongly believes in shaping young minds. Organo at School is incepted to organise educational and exploratory school tours from time to time. Our primary aim is to create awareness and sensitize the future citizens of the country.

By inculcating the love for nature and introducing them to organic farming, we ensure food safety for the next generation which in turn leads to preserving ecological balance and sustainable practices. The kids spend a day at Organo Communities and have a lot of fun with outdoor games, getting familiar with the flora and fauna, spending time with the cows, getting a first- hand experience of farming, gardening amongst many other activities

I had no idea how vegetables were grown until I visited Organo. It was a lot of fun to see the plants, trees and herbs and learn how they are cultivated. We had a great time plucking tomatoes, beans, bottle gourd etc., straight from the plants.” -Student of Sreenidhi International School.

It feels good to see our son develop a close bond with nature. He has not only become conscious of his eating habits but also tells us to eat healthy. For a boy who couldn’t live without junk food, it’s an amazing transformation.” - Parent of an Oakridge International School

When the project started, the site was a 37 acre barren land with perennial trees scattered across the site. Five years after project commencement, the land is lush with flora and fauna. The perennial trees have been conserved and the site was designed around these plantations. The biodiversity has in fact been improved to such an extent that a local ecosystem has developed around ponds and gardens scattered across the project.

Biodiversity protection at Naandi is not limited to birds and insect species. Cattle and poultry are also protected with native species raised in the Animal Husbandry unit of the community with a lot of care without using steroids and milking cows responsibly and shared between the community. Bee-culture is also undertaken within the community with the tapped honey distributed to the residents.

To make it truly green and sustainable, the community produces most of its food in house. With 7 types of fruits and 25 different varieties of vegetables cultivated within the site using organic farming, residents need not depend as much on food markets outside the community. This cuts down more than 95 % of carbon emissions associated with different levels of the food supply chain such as production, distribution, storage and transportation of fertilizers, crops and plastic that might occur if these foods were procured from outside.

With improvement in flora and fauna and with an established micro-ecosystem, the air quality has also improved substantially. Air Quality Monitoring devices are installed at the site which compares the air quality to the air quality at the centre of the city on a weekly basis. This data, along with other data such as water consumption, renewable energy production and consumption, Sewage Treatment Plants efficiency, etc., are logged automatically by the Building Management System. This data is made available to anyone interested in our concept of holistic sustainability approach.

The Return of the birds

Based on two years of observations of local ecology, conservation areas were established and fenced out with access restricted to farmers. This led to the return of bird species such as House Sparrow, Large Gray Blabber,Red-vented Bulbul, Common Tailor bird, India Silverbill, etc. With 90 % of the site dedicated to plantations and organic farming, we have seen the return of local bird species which has been observed for the first time a few years ago. Overall, 28 different bird species have been observed and documented by birdwatchers Hyderabad Birding Pals.