Can Rurban Living be the next big thing? Part 1 - An Eco-Habitat called Naandi... 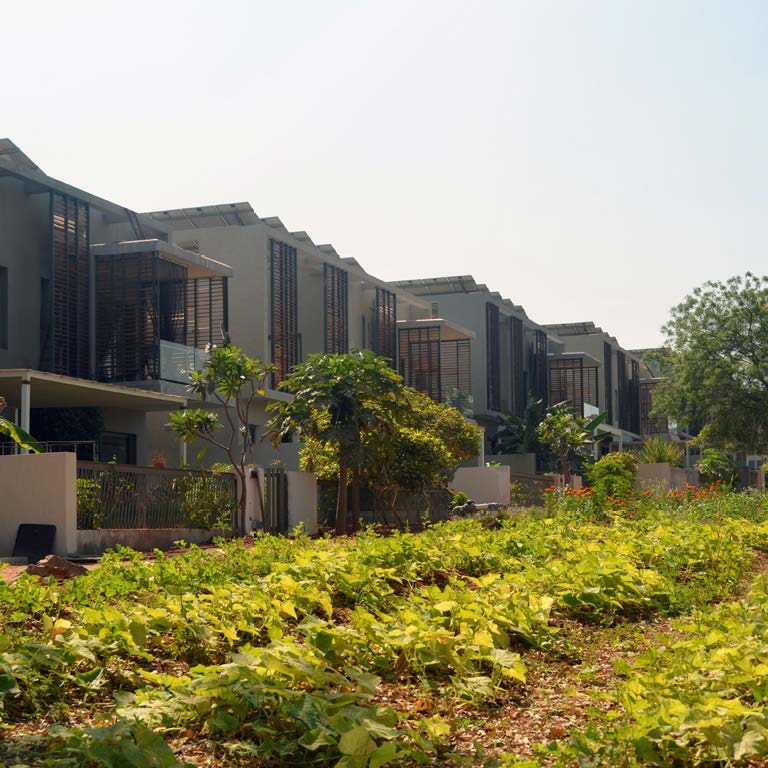 Organo Naandi is an urban farming community driven passionately by the ethos of “agro culture & sustainable organic farming”, an Eco-Habitat. Naāndi, Sanskrit for ‘the start’ is our first step towards change, a small attempt to connect to the lost thread of value systems and lifestyle native to our land, harmonizing it to today's necessities. In the evolution of our culture, disconnect to our roots and indigenous knowledge systems inevitably happened as most of us moved away from our native occupation of farming. This drifting away happened over 3-4 generations now.

In this cultural shift, Organo Naandi is the first step towards a new paradigm of living, a lifestyle of sustainable collective farming for urban dwellers. It offers the very best of both worlds – The RURBAN way of life – an ideal blend of urban comforts along with the advantages of rural life. It not only brings together the best of rural and urban lifestyles but also offers a rare platform to indulge in the living.

We, at Naāndi, believe that emancipation lies in reversing this cycle of ‘taking’ to ‘giving back’ to create a balance. ‘Naāndi’ was the beginning to achieve this balance.

The Organo Naandi paradigm of building communities is also sustainable as it moves from a consumer mindset to a producer’s with the following objectives:

Over time Organo Naandi: “India’s first collective farming community”, has successfully created a ripple of change in the surrounding communities inspiring & advocating ‘change’ to help in the conservation and enhancement of ecology of the neighbouring villages.

Who is an Eco-Habitat for?

An Eco-Habitat is for those who are looking for an alternative to the urban lifestyle. A lifestyle that respects nature and its resources, a lifestyle that is self-sustaining and healthy. It is an alternative to urban dwellers who are used to all the urban comforts and conveniences yet have a keen interest in sustainable farming and healthy lifestyles. Naāndians have broken away from regular paradigms of living which is dependent on the grid for supplies; they belong to a producer paradigm. They belong to a society of people who are looking to add value in all the realms of life like social, personal, family, health and passion.

Know more about collective farming in Part 2 of this article...