Living in an urban environment - Part 2 - How has COVID-19 changed the way we see our cities? 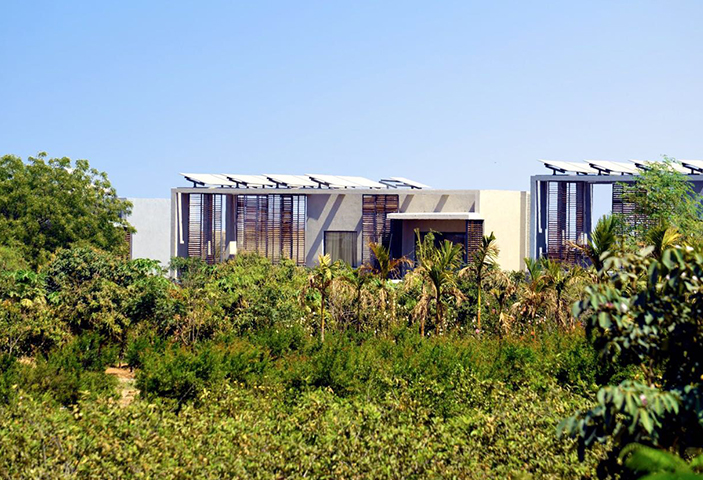 Covid-19 pandemic has brought to prominence indications that there are higher infection rates per capita in urban areas in comparison to less dense or rural areas. As we can see from various news articles and Covid-19 statistics, high-density metros appear to have higher incidences of Covid-19 when compared to less density or rural areas. While the population density might not be the only direct driver in cases of infectious diseases, the proximity of inhabitants leads to higher incidences of transmission in comparison to low-density semi-urban or rural areas.

Until a vaccine is in place and administered to all, social distancing appears to be the only solution in hand. Social distancing is an easy habit to practice when we have the advantage of lower density.

While the pandemic is a once-in-a-century event, there have been some other indicators that show our cities have not become the best living natural environments for people from a health and well-being perspective.

“Globally, around 23% of deaths in 2012 were attributed to the physical environment, including air and noise pollution, housing, transport and other factors. Further, chronic health conditions are on the all-time rise globally and imposing a very heavy financial burden. Many of these conditions are preventable and strongly influenced by the built environment.”

During the last century, the growth of urban centres was accelerating economic growth in many cities and countries. This growth, in turn, offered a series of urban advantages to the dwellers and triggered massive rural-urban migration. However, the current growth patterns indicate that the concept of an ‘urban advantage’ concerning our health is no longer automatic and needs to be created through more comprehensive appropriate policies and infrastructure, both local and at national levels. While this may seem like obvious suggestions, what can we do about it moving forward?

Are we ignoring an easy solution…a low-hanging fruit?

While health must be built into the city at urban policy level and town planning level, several strategies can be employed by the local residential community developers and builders at their community or neighbourhood level. As designers and developers, we must choose to create a model of development that is centred around the people inhabiting an environment, rather than envisioning people to occupy a built environment that is focused on operational, managerial and high infrastructural efficiency.

Counter-Urbanisation in a post-COVID World

Counter-urbanisation is a demographic and social process where families move out of the city and into semi-urban or rural areas and it generally occurs only when urbanization reaches a high level. We believe that counter urbanization is the way forward, especially in the emerging economies & countries.

With the high spread of mobile phones, highspeed broadband and transport connectivity, many urban advantages are being replicated, and previous infrastructural roadblocks now no longer exist in semi-urban & rural areas. With significant benefits such as low density, fresh air, being closer to food sources, non-urban communities offer a better environment and habitats as an alternative for urban residents. When done with empathy and sensitivity, this de-urbanization process has a high potential, to inject small localized economic activities into the fabric of rural settlements & have a positive impact on new residential communities.

Rurbanisation - Best of Both Worlds

Rurban Communities, especially Rurban EcoHabitats, are resource-efficient neighbourhoods that have noticeable rural advantages and urban conveniences. A collective farm and animal husbandry are an integral part of the design of Rurban Communities. With high dependence on rainwater harvesting and self-generation of energy within the eco-habitat, there is relatively high self-reliance and self-sufficiency, i.e. such communities show high resilience against the ebbs and flows of urban change and growth.

We believe that Rurban Eco-Habitats are resource-efficient neighbourhoods that provide residents with necessities required for survival within the confines of the community. It is indeed the way forward and should be mainstreamed.