The journey is the destination - Part 1 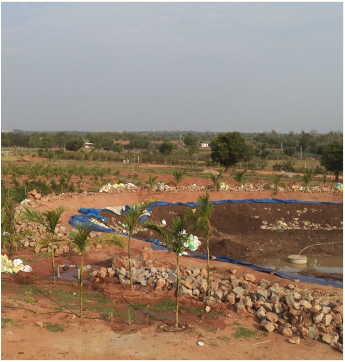 “I still remember the farmer vividly, from whom I bought a piece of land, even though more than 10 years have gone past. He was in need of money and I was in a state of surplus looking for a land to invest in. My intention was to build a farmhouse and start farming; an idea that everyone like me would have; of getting away from the city, growing my own veggies and having a healthy green environment for relaxation.

The farmer was holding around 3 acres of land and I wanted to acquire it but he was willing to sell only an acre because his financial need was only that much. His reasoning was that the money would disappear within no time if he sold all of it but he promised that he would do it eventually. On that note, we parted as happy people. He, having got what he wanted and I, in the hope of getting what I was looking for.

Every now and then, I would visit the land and visualize a paradise. I had great plans; I wanted to build a farmhouse, grow veggies, have a few pets, a cow etc. Also, I wanted to show my children living in greener pastures. I wanted them to experience breathing fresh air, sleeping outdoors while gazing at the stars, seeing how milk is produced, how tomatoes are grown, the role of bees and butterflies in our lives and everything else that went into living a farm life.

Read more about how the story evolved in Part 2 of this article...